In the UK, it is common to shoot the Imperial rounds outside on a 122cm target face at distances of 100, 80, 60, 50, 40, 30 & 20 yards. These rounds use 5-zone scoring, as opposed to the metric 10-zone scoring. The points are awarded as follows: 9 for a gold, 7 for a red, 5 for a blue, 3 for a black and 1 for a white. Arrows are shot at progressively closer distances – for example, in a York round, an archer shoots six dozen arrows at 100 yards, followed by four dozen at 80 yards, followed by two dozen at 60 yards. Senior rounds are for archers aged 18 and over and junior rounds are for archers under the age of 18.

A graphic showing the Imperial Outdoor rounds is below: 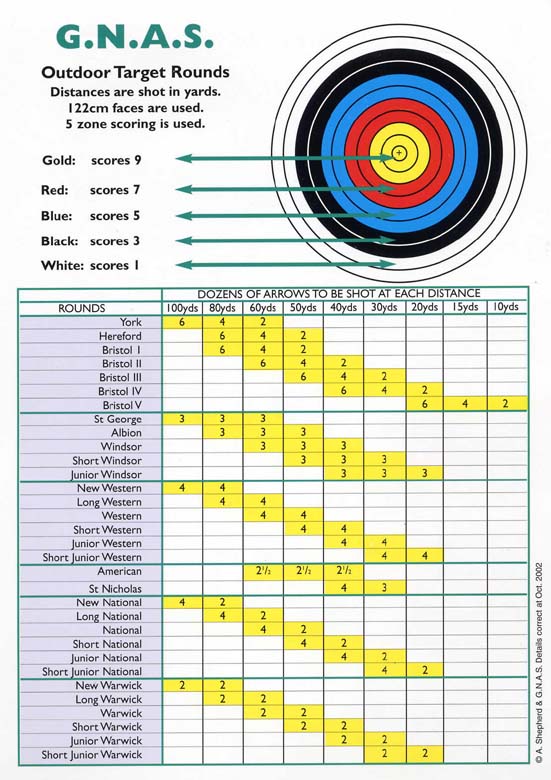 A graphic showing the Metric Outdoor rounds is below: 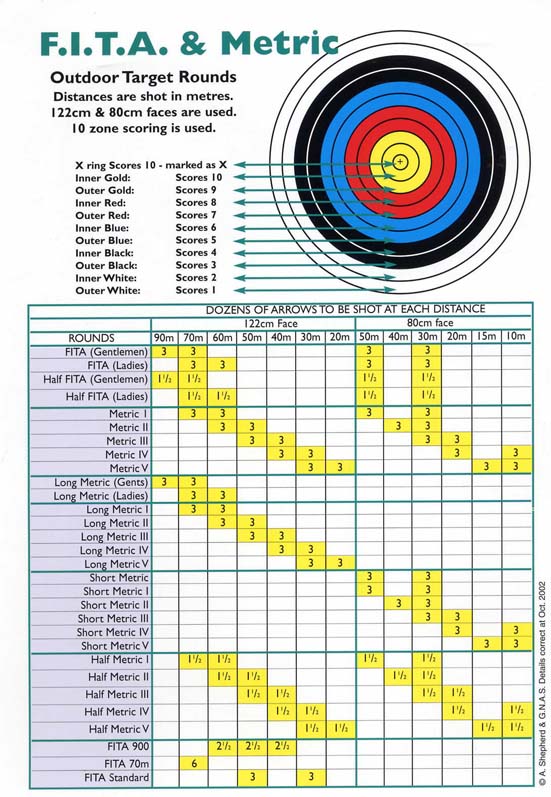 Similarly, there are both Imperial and Metric Indoor rounds. Due to the limited space in most indoor ranges, an indoor round is typically shot at a single distance aiming at a small target about 20 yards away.

A graphic showing the Indoor rounds and how to score them for different bowstyles is below: 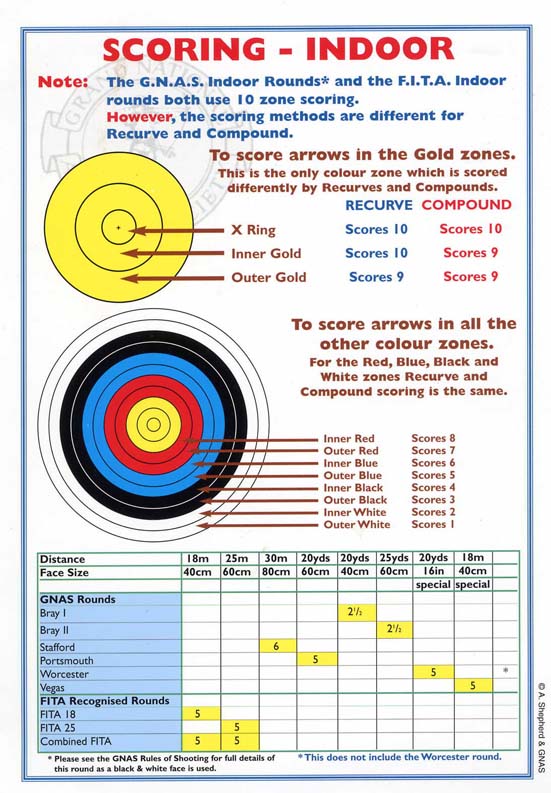 Over the years, club records have been set by our members for many of the recognised rounds. Details are available from the Club Records Officer. If you think you’re good enough, try to beat them!